Do you know how many TV shows have you ever started, finished or abandoned? I do.

Before anything: yes, I know, it’s been a while since the last post: almost year and a half. I won’t delude myself into saying that I will post more often, so I will just say I’ll do my best :)

Everything started with a friend

I started watching TV shows by the end of 2009, a few months after starting my Erasmus programme in Turin, Italy. I was finally settled in a new life and one day I decided to follow the advice of a friend (also living abroad) to check out some cool, remarkable TV shows. It’s not that the format was new: I had seen Stargate or Buffy the Vampire Slayer already. The difference was that, around that moment, serial fiction was being taken more seriously, more money was invested and more attention was brought to it.

Dexter was one of the first series I started, and I was thrilled and awed by the quality that, up until that moment, I only expected in movies. I devoured the first season in a few days, convinced my sister (back in my hometown) to watch it too, and even a couple years later we adopted a fantastic dog that we named Dexter. You can see him sleeping just below. 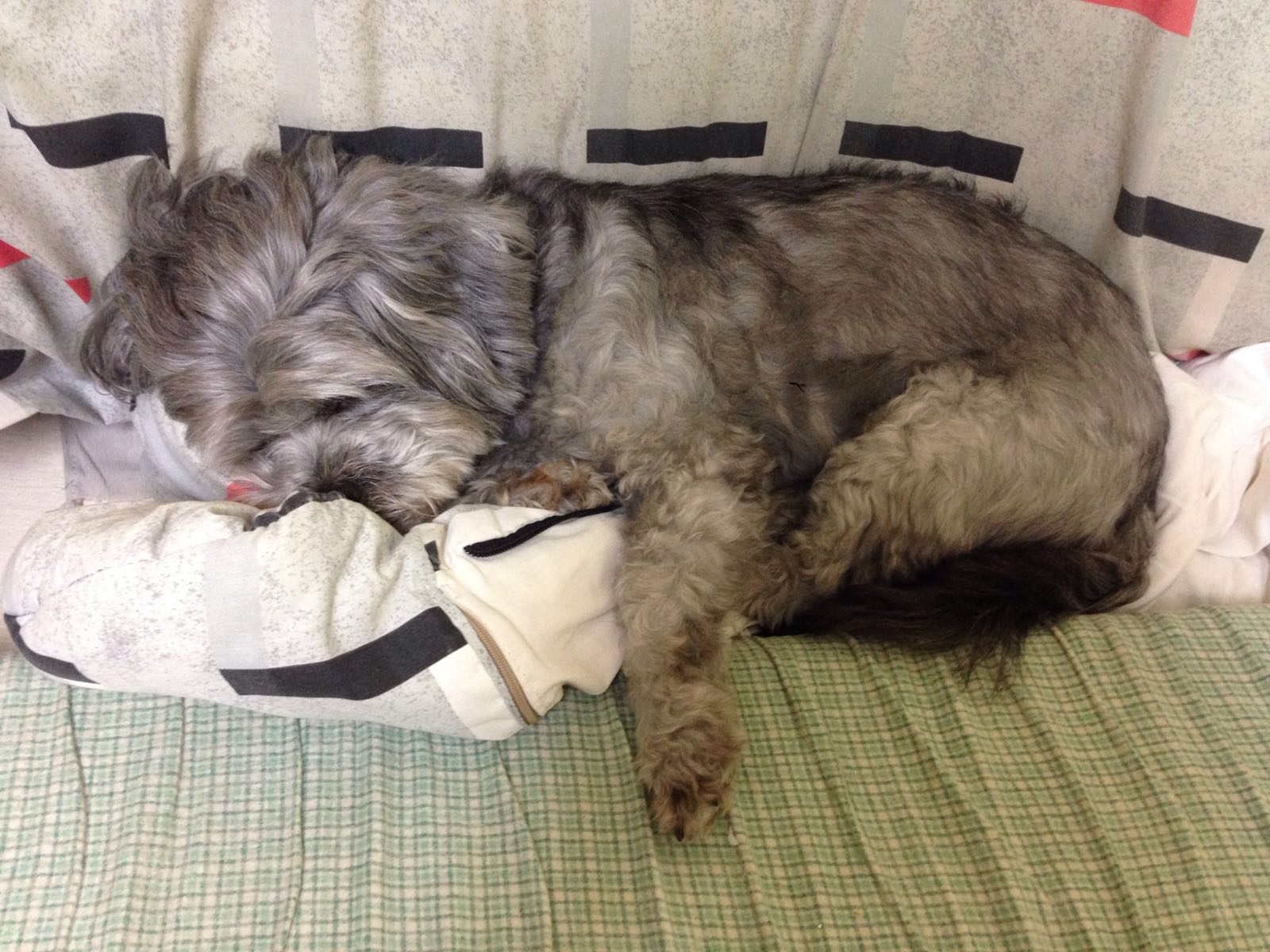 Apart from the charismatic serial killer from Miami, I remember binge watching great comedies like the American adaptation of The Office and How I Met Your Mother and, like many others, joining the Lost crazyness. The show was in its final season and I pulled an heroic marathon through all six seasons until I could watch the series finale live, at 6 in the morning, with some Erasmus friends. I even live commented the entire episode with my sister through Gmail Chat.

From there, my interest kept increasing and it became one of my main hobbies. It was a vast new world to be explored for me, and the variety was astounding: from 20-minute refreshing comedy episodes like my revered Community to 60-minute high-quality crime episodes from The Wire, going through 40-minute episodes from shows like the imaginative Fringe or the thrilling Homeland.

I would say I reached a point of perfect saturation some years ago, still keeping a big appetite for them, although maybe lacking the novel excitement from the beginning. I maintain quite a high ratio of new TV shows every year, but without going too crazy. This way, I tend to accumulate shows to watch, so I can choose which ones to prioritize at any given time. If I consider that any of them is going nowhere or I have to purge some to keep my sanity, I may abandon a show (although I kinda hate it).

It’s been a while now, but I have never put much order on it apart from the natural flow I adopted. People close to me know this is one of my biggest hobbies, and sometimes they ask things about it like Which crime series would you start now? or I like Modern Family, what do you recommend?. I honestly cannot give an answer straight away: the list is too long to keep it in my head. I would just mumble and, some hours later, inspiration would hit me and I would got back to that person with an answer.

A month ago, on a lazy Saturday, I got curious about this, and I aksed myself How many shows have I watched in my whole life?. The nerd in me demanded an answer, so I began imagining how this list would look like, and what data would I like to extract from it. Just a list would be too boring, but what if I could know the channel I watched the most shows from? Or my favorite genre? What about knowing how many shows are waiting for me with new episodes?

The first, most difficult thing was to remember all the shows I started in my life, obviously. Luckily, a few years ago I stumbled upon Pogdesign’s TV calendar, where you can select the series that you watch and export, via a URL, an .ical file that is constantly kept up to date. I added it to my personal calendar and enabled an e-mail notification for each episode, so I get up to date as they air on their original channel.

I will never be thankful enough to have a tool like that (below you can see how my end of March looks like). From there, I had the name of 70-odd TV shows that I started at some point in my life. Once this was done, a few more came to my mind and the hardest part was over. 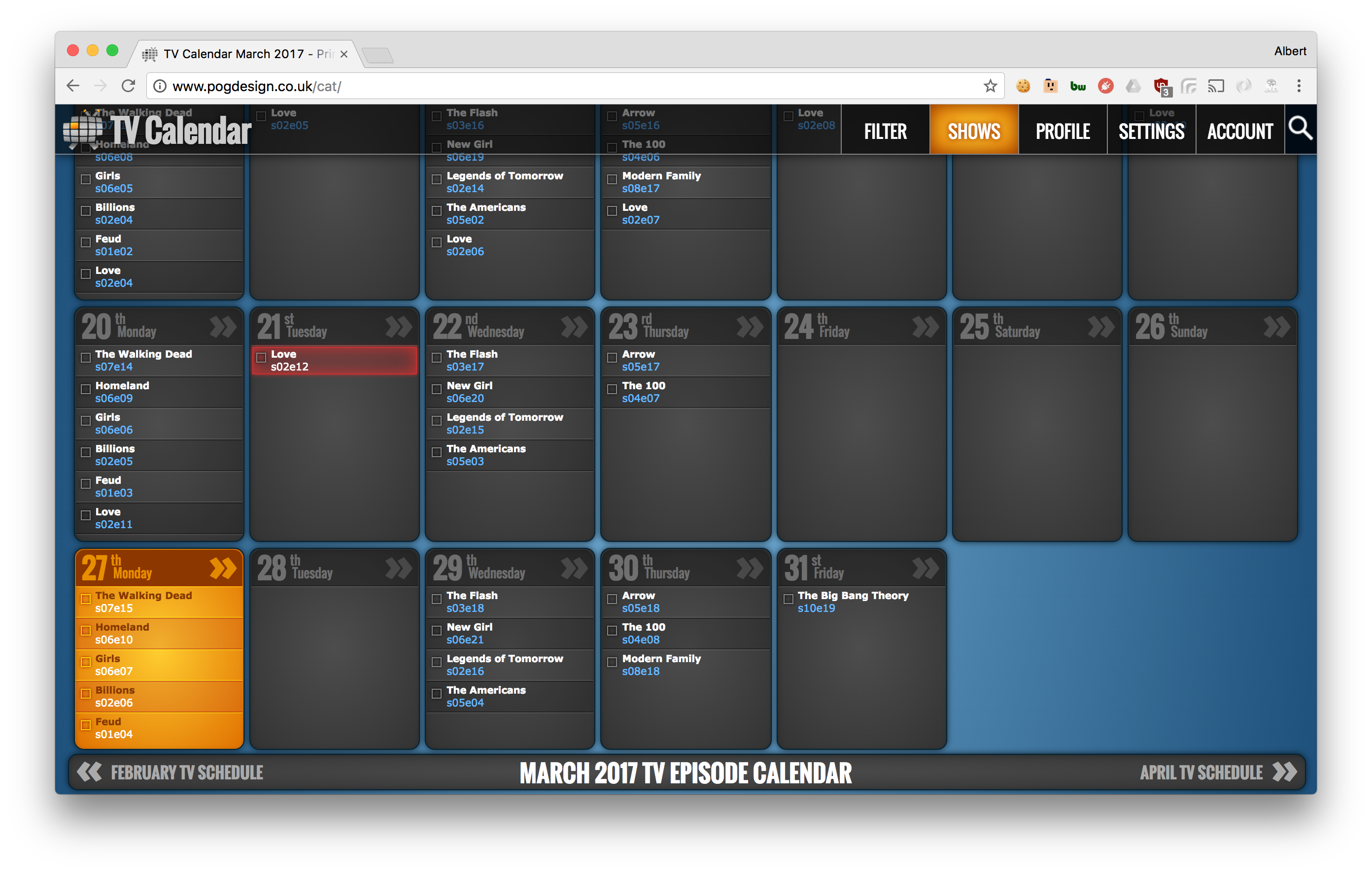 Then, I wanted to order them. But ordering a list of 85 things by memory (be it wine, books, football players or The Simpsons’ characters) is quite hard, so I categorized them in several scores (from 5 to 10) and then, within each score, I sorted them appropriately. This way I could have a list of the shows I have seen, ordered by how much I liked them.

After that, I filled up the objective information that didn’t need to come from me: genre, running time, number of seasons and channel. This would lead to some interesting conclusions that I will explain later.

Finally, there was an objective piece of information that had to come with me: the status. This turned out to be the trickiest to fill up. How many of them would you establish? How granular do you want the information? I ended up choosing five: paused, watching, up-to-date, finished and abandoned.

Everything was ready, but I gave myself a few more days to come up with shows I might had forgotten. I was reminded of Heroes when discussing the list with a friend, I remembered about Generation Kill when I was reading an article about David Simon, and my lousy memory could at least recall Derek and Hořici Keř too.

The result was this comprehensive list of the TV shows I have watched. Now I can answer the famous How many shows do you watch? question. That is, if I want to. 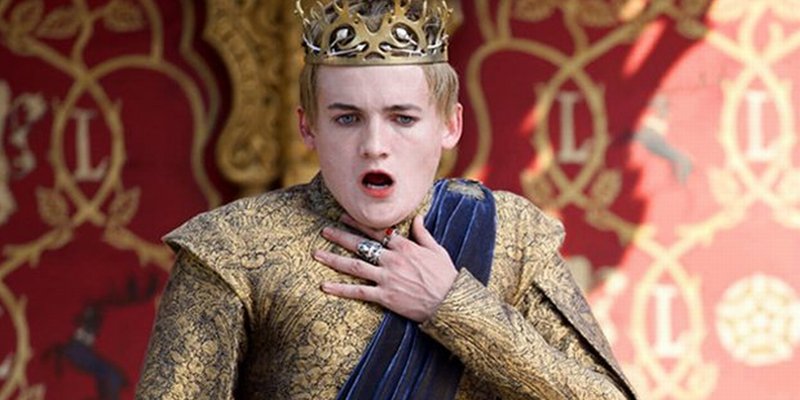 First one is just stating the obvious: I watch a lot of TV shows. I really do. I knew when i used a tool that helps calculate all time spent watching them a few years ago, and I was already shocked. I will never make that mistake again.

Getting a bit more serious, comedy is the top genre, but it’s no surprise at all: within the classical comedy/drama/miniseries categorization, only comedies rarely have specific genres. Almost all following genres could be fitted into drama, maybe with musical as an exception. It’s also worth pointing out how superheroes reached the fifth place, demonstrating a clear trend these last years.

Normally you would think that running time is either 20 or 40 minutes, but in my list they are only half of the whole thing. Shows with hour-long episodes are more abundant every day (a fifth of the chart!), and thirty-minute ones are not rare: take a look at British (or HBO) comedies.

With the number of seasons, half of them are between the first and third seasons, which tells that I still start quite a lot of shows these days. The other ones are more fragmented and, overall, the chart is quite similar to what shows typically last, which I believe tells that my variety is high enough.

I’m proud that HBO is my top channel: truly everything that comes from them is fantastic. Netflix is the second, which makes sense since they started producing so many shows with such quality (and specially when, Iron Fist apart, I follow their Marvel TV shows). Last one in the podium is FOX which, funnily enough, is the top channel by abandoned shows with four. I sense a lesson coming from there.

Status is fun. I finished a third of the ones I ever started, and I am up to date for more than a fifth of them. What surprised me was that I was actively watching only ten percent, and that I abandoned many more than I thought: a twenty percent!

Finally, in terms of score everything quite checks out. More than a half have a 7-8 score, and both 9-10 scores are rare (the edge is truly difficult to achieve), as well as 5-6, the lowest levels, are only a fifth of the total (which means I might have a good eye after all).

And that would be all. What do you think? Would you make an improvement? Or even recommend a TV show?

←
Mounting a Time Capsule in UNIX →
A short music bundle