This is the third installment of a series of posts about my favorite songs in all history. You can find the introduction here.

Inside a music-induced trance.

The same way we already got through the only One-Hit Wonder in the list with the previous song, this one is the only mix that made it to the final selection. Face to Face / Short Circuit, from Daft Punk, is (with more meaning than ever) a track inside of something greater and, although I could have picked others inside the album, I picked this very one.

But before getting ahead of myself, I’ll start about how I got to know Daft Punk.

My fuzzy memory doesn’t help too much with this peculiar band. I vaguely recall watching some videoclips in the early 2000s (do you remember back then? It feels like an eternity!), starring an interstellar, anime pop band in rather science-fiction clothes within a futuristic setting. I felt quite amazed by the originality of that, but didn’t get much more into it apart from random viewings of that album’s videoclips.

Apart from indirect exposure through the radio, it wasn’t until more than a decade later that I got to know them better. I listened to all of their albums and got more familiar with their music: apart from the classic Discovery, my (so to say) point of entry to Daft Punk, I was fascinated with Human After All, my favorite studio album from them, and then… I totally fell in love with their Alive 2007.

Hands down: I compulsively listened to it for weeks (or even months). After more than a decade of programming, it still is my favourite album to have in the background while developing new features or refactoring existing code, totally in the zone. I have developed the most challenging parts of Quipu with Alive 2007 as a reliable companion.

A couple years later, they released Random Access Memories, their latest work at the time of writing this. We will get into details later, but what was shocking for me was the inclusion of Giorgio Moroder as a collaborator. Close to eighty years old, I have followed his work for some time now: he truly was an electronic pioneer in the 70s and set the direction of a new era, and… you know, let’s leave him for another post.

A lot of Homework, and Discovery

Let’s focus on the duo responsible for so many productive evenings of code crafting. Frenchmen Thomas Bangalter and Guy-Manuel de Homem-Christo had already met in school in the late 80s and had previous experience in Darlin’. Even though that band did not get much further than a few songs, they continued working together until releasing their first song (The New Wave) in 1994. The next single (Da Funk), released in the following year, achieved commercial success and the story of Daft Punk began to roll out. 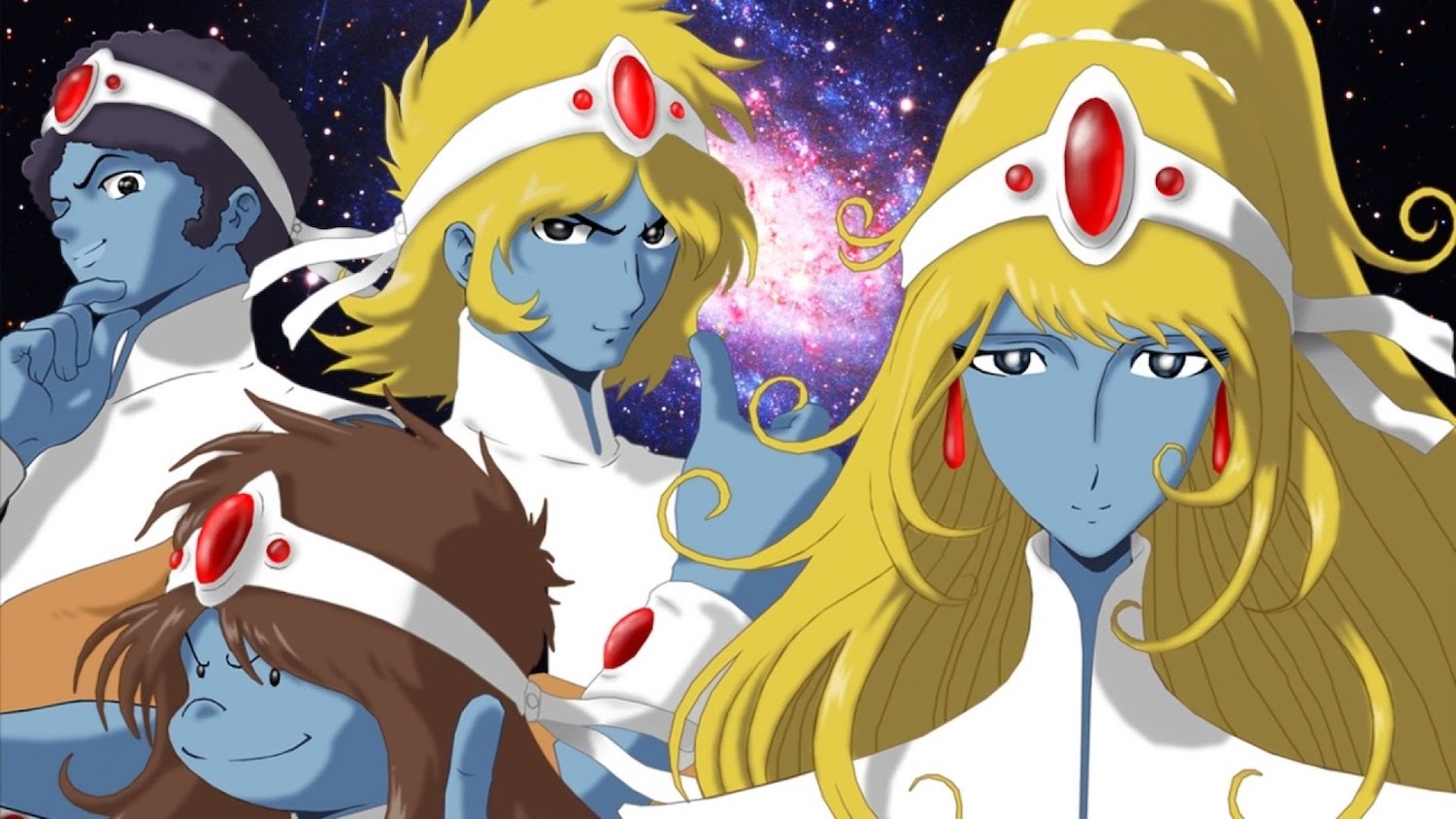 The duo played live more and more, though not dressed as robots yet, and eventually released their first album (Homework) in 1997, quickly followed by Daftendirekt: a year-long tour that led to their first live album (Alive 1997). Four years and a lot of work later, their second album (Discovery) was released, whose promotion is particularly interesting: Captain Harlock creator Leiji Matsumoto ended up producing a whole anime film (Interstella 5555: The 5tory of the 5ecret 5tar 5ystem) with the entire Discovery set of songs as the only sounds in it. Hence the videoclips I talk about just a few paragraphs above. At that point, the duo was widely known.

A few years passed an they released their third studio album, Human After All, in 2005. A personal favorite although without reaching the great critique of Discovery, it was rather continuistic but possibly colder than its predecessor’s home to Japanese 80s pop culture. Nevertheless, both albums served as the base for the second live album, Alive 2007, a delightful DJ session on their own songs.

Since then, the duo used some time to focus on other projects (like the soundtrack for Tron: Legacy) but, in 2013, they released Random Access Memories. A different album compared to their previous work, it is remarkable for its wide range of collaborators, including Nile Rodgers, Pharrell Williams and the forementioned Giorgio Moroder. A good-but-not-great work in my opinion, it led the band even more into the mainstream.

A couple of French, secretive robots 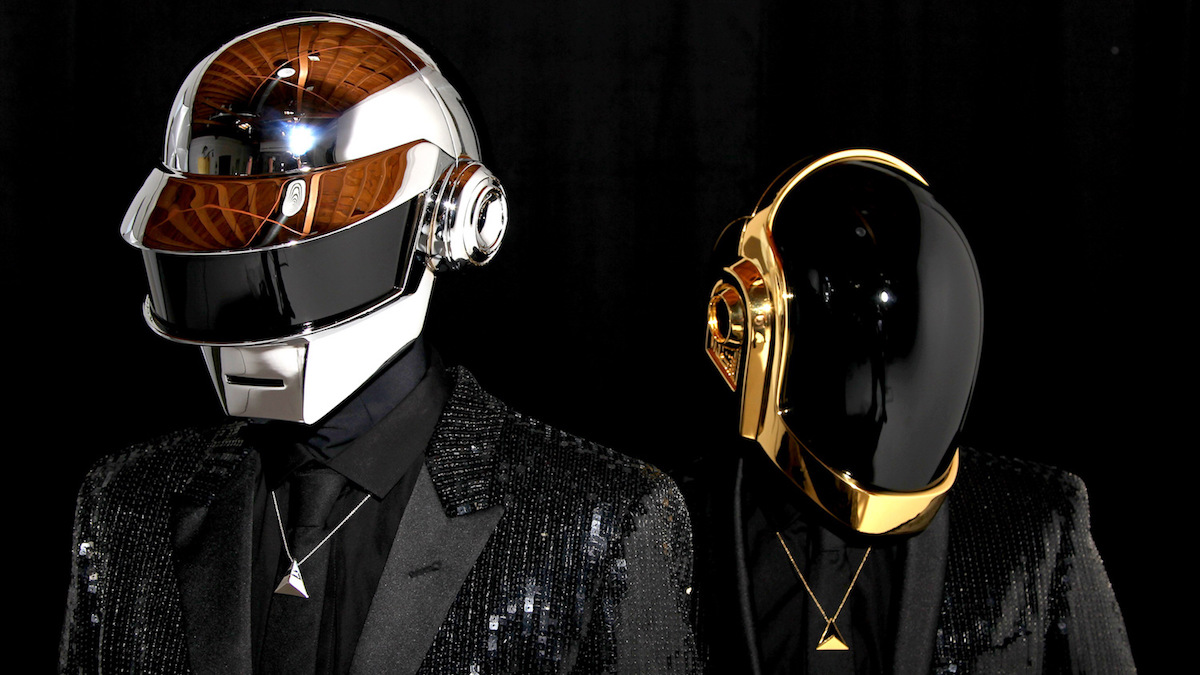 Daft Punk has several qualities that make them unique or, at least, objectively outstanding from other bands out there. A clear example is the first thing most people have in mind regarding them is their appearance: impeccable suits and shiny, futuristic robot helmets. This identity, which did not appear until their forementioned second album (Discovery), is nothing but a clever way to project all the focus to their work by hiding their private personas. If you ask me: a great strategy.

Another distinct trait is their perfectionism: it is quite known that they can even spend weeks on getting the perfect sound for just a note. This, together with their creative freedom, leads to a few but really well-crafted albums. If you think of it, it’s not that far from how Quention Tarantino does his stuff. 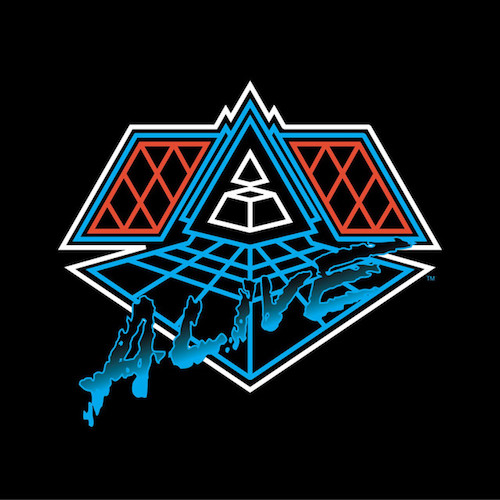 In order to truly get why I put this song/album here, I really recommend listening to the whole Alive 2007 album straight. Combining the hearted Discovery songs with the robotic tracks from Human After All and mixing it with some crazy good DJing craftmanship, we end up with an energetic live set, a never-stopping combination of synthesizer, bass and vocoder sounds.

For me, this is better than the best mix tape of Daft Punk I could ever think of. The duo has the guts to reinterpret their own songs, altering core lines, adding loops, twisting bits and ultimately re-combining them altogether: each track in the album fuses two songs from both studio albums. The result is definitely a masterpiece.

The specific choice of Face to Face / Short Circuit comes from my subjective understanding that, after a few tracks of evolving innuendo, this live album reaches a celestial plateau in this song, which by the end of the setlist fades into a perfect finale.

We will see how the future turns out for Daft Punk, but they made it into my personal shortlist already. You can enjoy the song below and, if you get a chance, play the whole album end to end:

The eighth song, a singular folk classic from a great singer-songwriter, can be enjoyed here.